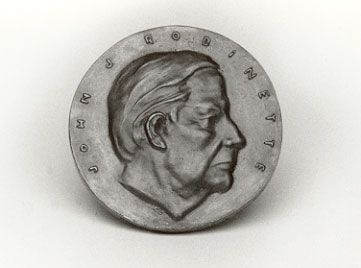 The Robinette Medal, sculpted by Kenneth Jarvis, is named after the first recipient of the Award of Excellence.