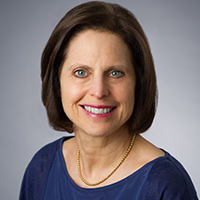 Visiting Professor Ronda Bessner has been involved in a wide range of areas of the law, including adjudication, academia, public inquiries, and policy work.

During her career, Bessner has taught at a number of Canadian law schools in the areas of Evidence, Public Inquiries, Criminal Law and Youth Justice. She has also presented and published on the legal aspects of a number of topics including public inquiries, child abuse, HIV/AIDS, novel scientific evidence, and state intervention in pregnancy. She has made presentations at the Law Society of Ontario, the Canadian Bar Association, to Justices of the Peace, to government lawyers at the federal and provincial levels, at universities, hospitals, and at conferences.

Bessner has worked on a number of public inquiries and in law reform. She has held the position of Senior Legal Analyst at five public inquiries including the Walkerton Inquiry (contamination of drinking water), the Ipperwash Inquiry (the death of Dudley George in a land claim protest and occupation by Aboriginal people), and the Royal Commission on the Blood System in Canada. In 2016, Ronda co-designed and co-facilitated two Roundtables and presented a paper to three federal Cabinet Ministers for the proposed Public Inquiry into Missing and Murdered Indigenous Women and Girls. In 2017, Ronda and her co-author Susan Lightstone wrote Public Inquiries In Canada: Law and Practice, published by Thomson Reuters Canada

As Counsel to the Ontario Law Reform Commission under the Chair of Rosalie Abella, Bessner wrote reports on Drug and Alcohol in the Workplace, Child Witnesses, The Basis of Liability for Provincial Offences, and co-authored the report on Damages for Environmental Harm.

Bessner is Past President of the Women’s Law Association of Ontario and she co-founded the first Canadian Chapter of the Harvard Law School Women’s Alliance.

Bessner was awarded the Law Society of Upper Canada Medal for outstanding service in the legal profession in 2016.

She was educated in both the civil and common law legal systems. After graduating from McGill Law School with a Bachelor of Civil Law and a Bachelor of Common Law, she received a Masters of Law (LLM) at Harvard Law School. 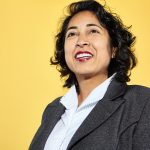 Monica is currently a visiting professor at Osgoode Hall Law School, where she teaches law and technology courses. In addition, she recently spoke at two conferences about blockchain and cryptocurrency. Monica has been featured on several television programs including CBC, Sun TV, and the Newman Show, and has written extensively on law and technology for national and international press. She has been named as one of the 10 Women to Watch in Tech in the Journal of the American Bar Association and has won a 2017 Fastcase 50 Award. 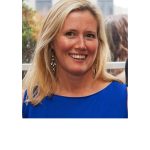 Visiting Professor Jennifer Leitch, JD (Dalhousie), LLM (Osgoode), PhD (Osgoode) is a researcher and law teacher, primarily in the area of legal ethics and professionalism, access to justice, and dispute processes. Jennifer also practiced civil litigation for 9 years at Goodmans LLP as well as Justice for Children and Youth.  Her PhD dissertation at Osgoode included ethnographic research involving self-represented litigants’ experiences participating in the civil justice system.  She continues to research and publish on issues around access to justice.  Most recently, Jennifer has been an adjunct faculty member at both the University of Toronto and Osgoode, where she has taught legal ethics and professionalism, legal process, and legal research and writing.  She also teaches in the Ethics, Society and Law program at Trinity College, University of Toronto.  Additionally, Jennifer is a Senior Research Fellow with the Canadian Forum on Civil Justice. 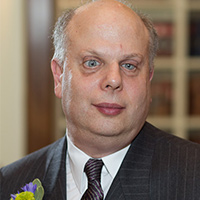 David Lepofsky is a visiting professor (part-time) at Osgoode Hall Law School and an adjunct faculty member of the University of Toronto Faculty of Law. He holds volunteer leadership roles in the disability community.  He is chair of the Accessibility for Ontarians with Disabilities Act Alliance and the chair of the Toronto District School Board’s Special Education Advisory Committee.

In 1979, Lepofsky graduated with honours from Osgoode Hall Law School with a Bachelor of Laws. He obtained a Masters of Law from Harvard Law School in 1982.

He was admitted to the Ontario Bar in 1981. From 1982 to the end of 2015, he practised law in Toronto with the Ontario Ministry of the Attorney General, in the areas of constitutional, civil, administrative and most recently, criminal law. In 2004, he was appointed to the position of General Counsel. This is the highest promotion in the Ontario Public Service (outside management). Reserved for only a handful of the 2,000 lawyers in the Ontario Public Service, it is reserved for the most senior counsel, to recognize career achievement in handling the most complex work, demonstrated diversity of expertise, creativity, professional leadership, judgment, and mentoring/role modelling.

Since 1991, he has served as a part time member of the University of Toronto Faculty of Law, where he teaches an advanced constitutional law seminar on freedom of expression and press. From 1987 to 2005, he served as associate head of the Ontario Bar Admission Course’s Public Law Section.

Since January 2016, he has served as a part-time visiting professor of legal ethics and public interest advocacy on the faculty at Osgoode Hall Law School.

Since the late 1970s, he has been active in a volunteer capacity, advocating for new laws to protect the rights of persons with disabilities in Canada. In 1980, he appeared before the Joint Committee of the Senate and the House of Commons on the Constitution of Canada, on behalf of the Canadian National Institute for the Blind for an amendment to the proposed Charter of Rights, to guarantee equality rights to persons with disabilities. The efforts of a great many combined to lead Parliament to pass the disability amendment to the Charter.

From 1980 to 1982, he served on the leadership team of a broad disability coalition that successfully advocated for inclusion of protection against discrimination based on disability in the Ontario Human Rights Code.

In late February 2009, he became the chair of the Accessibility for Ontarians with Disabilities Act Alliance. He and the Alliance have pressed for the prompt enactment and enforcement of strong accessibility standards under the Disabilities Act. In 2010, they succeeded in getting Ontario election legislation amended to address accessibility barriers impeding voters with disabilities, although they have more to do to get telephone and internet voting to become a reality in Ontario elections.

From late 2015 to late 2016, he served as co-chair of Barrier-Free Canada, a community coalition that advocates for the enactment of a national Canadians with Disabilities Act.

Starting in 1994, he campaigned to get the Toronto Transit Commission to announce all subway stops, and later all bus stops, for the benefit of passengers with vision loss. Between 2001 and 2007, he personally fought two cases against the TTC. In 2005, the Human Rights Tribunal ordered the TTC to consistently announce all subway stops (Lepofsky v. TTC #1). In 2007, the Human Rights Tribunal ordered TTC to announce all bus and streetcar stops (Lepofsky v. TTC #2).

Awards include investiture in the Order of Canada (1995), the Order of Ontario (2007), and the Terry Fox Hall of Fame (2003), honorary doctorates from Queen’s University, the University of Western Ontario and the Law Society of Upper Canada, and awards from other organizations including the City of Toronto, the Law Society of Upper Canada, the Ontario Bar Association Public Lawyers Section, the Advocates Society, the Ontario Crown Attorneys Association, the Ontario March of Dimes and Community Living Ontario.

He was very flattered and humbled when the Canadian Lawyer Magazine August 2010 edition listed him among Canada’s 25 most influential lawyers. However, he was left wondering: “If I am so influential, why doesn’t anyone listen to me?”

He is the author of one law book, and the author or co-author of 30 law journal articles or book chapters on topics including constitutional law, criminal law, administrative law, human rights, and the rights of persons with disabilities. His publications have been cited with approval in several decisions of the Supreme Court of Canada, as well as by trial and appeal courts across Canada. He has been invited to lecture on topics including these across Canada, and in the US, Israel, the Republic of Ireland, Denmark, Belgium and New Zealand.