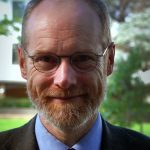 He has produced four books and two book series on legal education, and digital games & learning; and influential reports into the regulation of legal services education in England and Wales and other jurisdictions.

A Fellow of the Royal Society of Arts, a UK Higher Education Academy (HEA) National Teaching Fellow and a Principal Fellow of the HEA, he has a PhD in Literature, Aesthetics and Philosophy (Edinburgh University); an LLB, Dip Ed and MA in English Literature and Language (Glasgow University); and a PGCE (Jordanhill College of Education).

J. Scott Wilkie, a partner who practises in the area of tax law at Blake, Cassels & Graydon LLP, has been appointed a Distinguished Professor of Practice at Osgoode. The Professor of Practice program is hosted by Osgoode Professional Development (OPD), and Wilkie will teach both in Osgoode’s JD program and OPD programs.  Wilkie has also been appointed the James L. Lewtas Professor at Osgoode Hall Law School for the 2017/18 academic year.