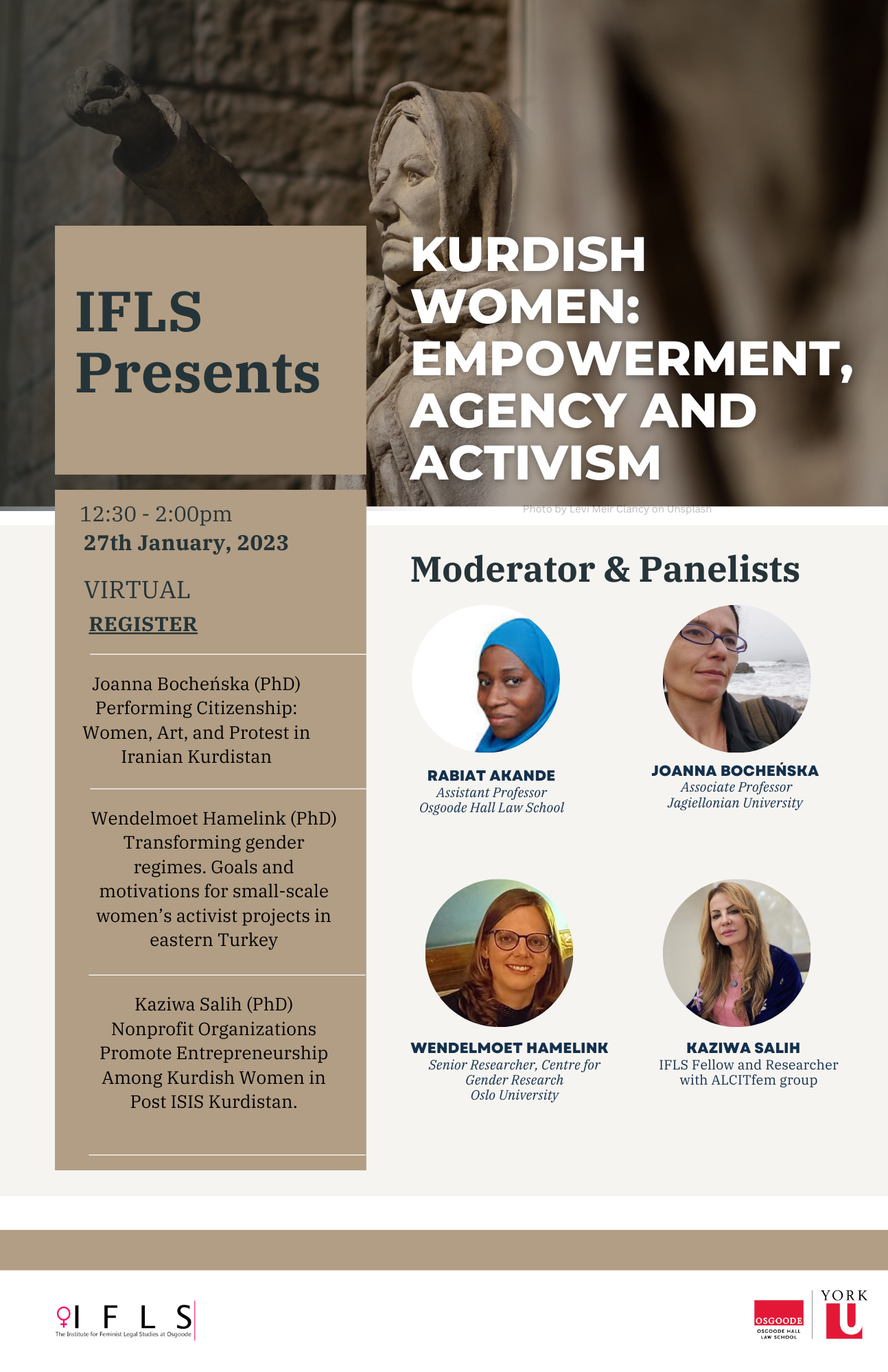 Based on 20 narrative interviews, this paper investigates how Kurdish women talk about their motivations and goals with the activist projects they have set up in their communities in eastern Turkey. During the fieldwork I searched for women who instead chose to set up small-scale projects outside of the existing official organizations (such as political parties, the PKK, municipality, and NGOs) and. Examples are art initiatives with and for women, businesses set up by and for women, feminist reading groups, trainings such as bicycle classes and film, media focused on women’s stories, and personal support for LGBTQ persons and survivors of domestic violence.

With these projects, the women aim to change their own and other women’s lives in their direct environment. They mention different reasons for setting up such individual projects. First, they are highly critical of the existing gender regimes in Turkey and in Kurdish communities and are motivated to change women’s positions as a result of the many negative experiences they have witnessed in their own and/or other women’s lives. Secondly, due to the marginalized position of Kurds in Turkey, they do not regard themselves as citizens and feel that action is needed to improve their position. And thirdly, they are often disillusioned with the organizational work that is done in the region; they regard these organizations as good at obtaining funding but as weak in achieving real support and transformation.

Theoretically I use intersectionality (Crenshaw 1988) and the gender regime theory (Walby 2009) to better understand the complex of factors that together influence women’s positions within Turkish Kurdish society. A gender regime can be defined as “the cultural, legal, political and economic structures that influence gender relations and the division of gender roles in a certain historical moment and state or society context” (Hamelink & Güngör 2022). The women activists who participated in this study were well aware of the different factors that affect women’s lives in their communities and try actively to work on these different fronts.

Joanna Bocheńska, Associate Professor at the Department of
Iranian Studies of the Jagiellonian University and the director of the Section of Kurdish Studies.

The murder of the Kurdish woman, Jîna Aminî, by the Iranian morality police in September 2022 lead to the widescale demonstrations, which have been coined as the feminist revolution in Iran. Based on the seventeen interviews and conversations with artists and women activists conducted in the Iranian Kurdistan a few weeks before the protests, in my presentation I will discuss the different actions of Kurdish women where doing art, literature, film and theatre mingles with the every-day forms of resistance. Considering the many limits imposed on artistic production in Iran which caused some artists to hide their works, the artistic product seems sometimes less important than the process which led to it. Hence, I draw from the notion of performative citizenship which imagines citizenship as the constant process of negotiations, withdrawal and becoming. It encompasses actions which constitute the individual performing body even though such undertakings often fail to bring about a new order of things (Hildebrandt and Peters, 2019).  The presentation focuses on how engaging in artistic activities has assisted women in making their bodies more visible and empowered to enter the men’s world and to enjoy their rights as Kurdish women.  Interestingly, the women’s visibility is contextualized depending on the situation and may vary. Nevertheless, in the words of my interlocutors, literature and art help to build self-confidence and thus empower women.
Furthermore, engaging in arts provides tools to narrate and share
difficult experience and emotions in a more apt and powerful way. Also, it offers knowledge and civic education which are crucial in undertaking the legal struggle. Finally, the professional efforts are quite often accompanied by creative forms of every-day resistance which became visible especially during the recent protests.

This interdisciplinary study uses semi-structured interviews to substantiate the dimension of quantitative research on how humanitarian nonprofit organizations (NPOs) have empowered women and modified gender regimes in post-ISIS Kurdistan (in Iraq) with entrepreneurial orientations. Iraq has been receiving aid from humanitarian groups for decades. Canada, for example, spent approximately $4 billion on relief efforts in Iraq and Syria between 2016 and 2022. However, only in recent years have some of these groups heeded the public’s demands and implemented long-term social and women’s empowerment strategies, or what Canada calls “Empowering women and girls and advancing gender equality.” As it did for other minorities in Iraq, the humanitarian initiative allowed Kurdish women to play a significant part in business, a relatively new sector in Kurdish society for both women and men. This study emphasizes the role of nonprofits and NGOs in empowering Kurdish women to participate in the creation of microeconomic entities since 2014. It presents two major arguments. First, the NGOs’ approach not only provided passion and self-efficacy but also steered women into organizational involvement and gave them a sense of agency by creating work opportunities: woman-owned firms recruit mostly women. Second, although it may seem counterintuitive, this study argues that women’s economic capital has prevailed in the heteropatriarchal Kurdish society and modified the gender regime.