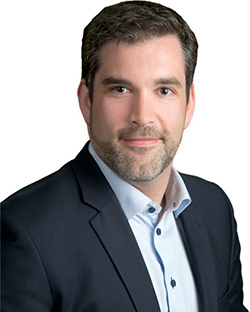 Professor Benjamin L. Berger is Professor and York Research Chair in Pluralism and Public Law at Osgoode Hall Law School. In 2020 he was elected as a Member of the College of the Royal Society of Canada. Professor Berger served as Associate Dean (Students) from 2015-2018. He holds an appointment as Professor (status only) in the Department for the Study of Religion at the University of Toronto and is a member of the faculty of the Graduate Program in Socio-Legal Studies at York University. Prior to joining Osgoode, he was an Associate Professor in the Faculty of Law, and was cross-appointed in the Department of Philosophy, at the University of Victoria, where he began teaching in 2004. He holds a JSD and LLM from Yale University, where he studied as a Fulbright Scholar and a SSHRC doctoral fellow. He earned his LLB and the Law Society Gold Medal from the University of Victoria, and was awarded the Gold Medal in Arts and the Governor General’s Academic Medal for his BA (Hons) studies at the University of Alberta. In 2002-2003, Professor Berger served as law clerk to the Rt. Honourable Beverley McLachlin, former Chief Justice of Canada.

His areas of research and teaching specialization are law and religion, criminal and constitutional law and theory, and the law of evidence.  He has published broadly in these fields and his work has appeared in leading legal and interdisciplinary journals and edited collections.  He is the author of Law’s Religion: Religious Difference and the Claims of Constitutionalism (University of Toronto Press, 2015), is a general editor of the Hart Publishing series Constitutional Systems of the World, and served as Editor in Chief of the Canadian Journal of Law and Society from 2014-2018. He is also co-editor of multiple edited collections, including Religion and the Exercise of Public Authority (Hart, 2016) and The Grand Experiment: Law and Legal Culture in British Settler Societies (UBC Press, 2008). He has been a principal investigator or collaborator on multiple research grants and has received awards for his scholarly work, including the 2010 Canadian Association of Law Teachers’ Scholarly Paper Award for an article entitled “The Abiding Presence of Conscience: Criminal Justice Against the Law and the Modern Constitutional Imagination” and, in 2015, the CALT-ACPD Prize for Academic Excellence.

Professor Berger convenes the Osgoode Colloquium in Law, Religion & Social Thought and is the Academic Program Director of the Osgoode Professional LLM in Criminal Law and Procedure.

Research Interests: Law and Religion; Criminal and Constitutional Law and Theory; the Law of Evidence; Legal History; Judgment and the Judiciary; Law and the Humanities.

Graduate Research Supervision (LLM, PhD): Professor Berger welcomes the opportunity to supervise graduate work in his principal fields of research, including law and religion, criminal and constitutional law and theory, and the law of evidence. Projects that adopt methodological or theoretical frames drawn from socio-legal studies, law and the humanities, and legal history are particularly appealing.

Professor Berger is willing to read preliminary proposals from strong students in the areas of interest listed, and comment on interest in supervision prior to submission of an official application.