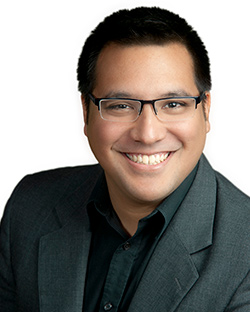 Amar Bhatia joined Osgoode’s full-time faculty on July 1, 2014, after serving as a Catalyst Fellow and Visiting Professor at Osgoode for the 2013-14 academic year. He has undergraduate and graduate degrees in English and postcolonial literature (Queen’s; Sussex) and received an LLB from Osgoode in 2005. While an LLB student at Osgoode, he worked and volunteered with CLASP, the Innocence Project, Duty Counsel’s office, and Parkdale Community Legal Services. He then articled and worked in union-side labour and employment law in Toronto before returning to graduate school. He subsequently obtained an LLM from the University of Toronto Faculty of Law (U of T), where he received the Howland Prize for most outstanding performance in the program.

Professor Bhatia was awarded a SSHRC CGS Doctoral Scholarship to pursue his SJD, which he obtained from U of T. His dissertation looked at issues of status and authority of migrant workers and Indigenous peoples under Canadian immigration law, Aboriginal law, treaty relations, and Indigenous legal traditions. In addition to his research, Professor Bhatia has also been active at Osgoode by co-editing the Journal of Law Social Policy, serving on the Admissions Committee, sitting on the Board of Directors for Parkdale Community Legal Services, and being a member of the Third World Approaches to International Law Review’s editorial collective.

Professor Bhatia has taught a variety of courses at Osgoode, including property law, refugee law, globalization & the law (focused on migrant work), and co-directing the Intensive Program in Indigenous Lands, Resources and Governments.

Graduate Research Supervision (LLM, PhD): Professor Bhatia is interested in supervising research on topics at the intersection of migration, Aboriginal, and Indigenous law. He is also interested in supervising students working on topics related to Canadian immigration & refugee law, aspects of Canadian property law, the laws and policies of transnational migrant work, and community lawyering.