As Head of Technical Services he oversees library acquisition, cataloguing and electronic resources processing. He also oversees the ongoing  development and implementation of the Osgoode Digital Commons (ODC).

Tim has been actively involved with the Canadian Association of Law Libraries (CALL/ACBD) for many years and is the editor of the KF Classification Modified for Use in Canadian and Common Law Law Libraries (aka KF Modified) the classification scheme used at the Osgoode Law Library and in law libraries across Canada. He is also an occasional contributor to Slaw: Canada’s Online Legal Magazine.

Tim also represents CALL/ACBD on the Canadian Committee on Cataloguing and has been working with the Canadian Federation of Library Associations’ Indigenous Matters Committee (IMC). The IMC launched the First Nations, Métis, Inuit Indigenous Ontology (FMIIO) in June of 2019.

“Break On Through to the Other Side: The Library and Linked Data
TALL (Toronto Association of Law Libraries) Quarterly, v. 30, no. 1 (Spring 2011)

Review. “Visualizing Law in the Age of the Digital Baroque: Arabesques and Entanglements. By Richard K. Sherwin.,”
Canadian Law Library Review, v. 38, no. 3/4 (2013) 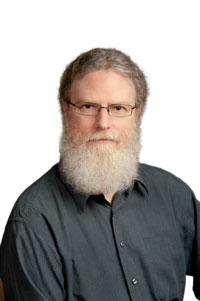