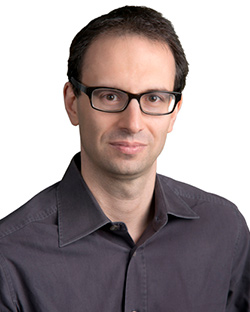 Dan Priel joined Osgoode’s full-time faculty in 2011.  Prior to that, he was a Visiting Professor at Osgoode during the 2010-11 academic year and an Assistant Professor at the University of Warwick in the UK. From 2005 to 2007, he was Oscar M. Ruebhausen Fellow-in-Law at Yale Law School, and before that a postgraduate student at the University of Oxford, where he wrote his doctoral dissertation. He served as law clerk in the Israeli Supreme Court, and was co-editor-in-chief of the student-edited law journal at the Hebrew University Law Faculty. His current research interests include legal theory, private law (especially tort law and restitution), and he is also interested in legal history and in the application of the social sciences, in particular psychology, to legal research. His published work appeared in Law and Philosophy, Legal Theory, Oxford Journal of Legal Studies, and Texas Law Review.

Professor Priel is willing to read preliminary proposals from strong students in the areas of interest listed, and comment on interest in supervision prior to submission of an official application