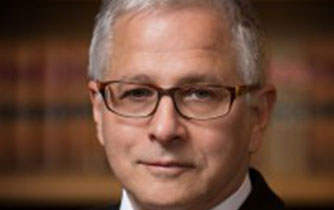 It is my distinct pleasure to advise that Joseph J. Arvay, Q.C., one of Canada’s most highly regarded civil rights and human rights lawyers, will be awarded an honorary degree at Osgoode Convocation on Friday, June 24.

A partner with Farris, Vaughan, Wills & Murphy LLP in Vancouver who holds law degrees from Western and Harvard universities, Mr. Arvay has litigated cases on our fundamental freedoms, on access to justice and Indigenous rights, on equality, on principles of fundamental justice, and on the limits of police and state authority that have reshaped the legal and policy landscape.

He has been counsel in a number of important Supreme Court of Canada cases such as Little Sisters, Surrey School Board, the Same Sex Marriage Reference, Khadr, Conway, the Health Services case involving the right of collective bargaining, Saskatchewan Federation of Labour (right to strike), Tsilhqot’in Nation and many others including Carter v Canada (AG) in which the Supreme Court struck down the ban on physician-assisted suicide.

He also has had many associations with Osgoode and York University over a number of years. In 2012, he was one of our inaugural McMurtry Visiting Clinical Fellows, and delivered the Lewtas Lecture as well as a keynote address in the Ethical Lawyering in a Global Community course. He was also a guest speaker in a range of upper-year classes and devoted part of his time at Osgoode to mentorship with students, lawyers and academics in clinical settings.

A Fellow of the Litigation Counsel of America and a Fellow of the American College of Trial Lawyers, he was also recognized by Canadian Lawyer Magazine as one of the top 25 most influential lawyers in Canada in 2010, 2011, 2012, 2013 and 2014.

In an extraordinary career (with many more achievements no doubt to come) Mr. Arvay has made a significant contribution to the public good, and I know you join me in congratulating him on being chosen to receive York University’s highest honour: Doctor of Laws (honoris causa).