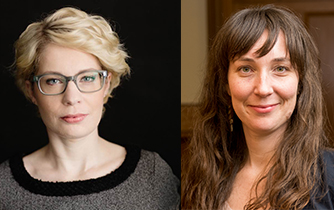 Dean Lorne Sossin made the following announcement to the Osgoode community on May 13, 2016:

I am delighted to announce that Osgoode will be making two new faculty appointments this year.

Heidi Matthews will be joining Osgoode on January 1, 2017 as an Assistant Professor.  Matthews’ research theorizes contemporary shifts in the practice and discourse of the global legal regulation of war, with particular attention to history, gender and political theory.  Matthews earned an SJD from Harvard Law School in 2014. Her doctoral dissertation, “From Aggression to Atrocity: Interrogating the Jus in Bello Turn in International Criminal Law” was awarded Harvard’s Laylin Prize in International Law. She has held numerous distinguished fellowships, including a British Academy Newton Fellowship. Previously,  Matthews served as a law clerk to the judges of the Appeals Chamber at the Special Court for Sierra Leone, and interned at the Immediate Office of the Prosecutor at the Special Tribunal for Lebanon. Originally from Newfoundland and Labrador, Dr. Matthews holds an LLB/BCL from the McGill Faculty of Law, and a BA from Mount Allison University. In addition, she has taught in a range of departments in Berlin, London and at Harvard.

Estair Van Wagner will be joining Osgoode on July 1, 2017 as an Assistant Professor. Van Wagner will be coming to Osgoode from Victoria University of Wellington Faculty of Law. She teaches courses in property, natural resources, and planning law, as well as feminist legal theory. Her research interests include planning and natural resource decision-making, environmental governance, property law and theory, feminist legal theory, and Indigenous rights and legal theory.  Van Wagner completed undergraduate and postgraduate studies in political science, law, and environmental studies at the University of Victoria, Osgoode Hall Law School, and York University in Canada. Following this, she served as a judicial law clerk at the Ontario Superior Court of Justice. She has also worked as a labour and human rights lawyer, as an academic researcher on a number of interdisciplinary projects, and as a political advisor at the local and federal level in Canada.  Van Wagner is currently nearing completion of her doctoral work, a qualitative empirical study on property and land use law in Ontario, at Osgoode Hall Law School. Her doctoral studies were supported by a Social Science and Humanities Research Council Canada Graduate Scholarship and the Mary Jane Mossman Feminist Legal Studies Scholarship. Her publications include: contributions to edited books on public health and on reproductive technologies; articles in the the Journal of Rural Studies, Projections, Canadian Journal of Women and the Law,Medical Law International, Environment and Planning A, and Plan Canada; and a prize winning article in the Revue général de droit.

While these appointments are still pending approval by the central University administration, I am very excited  that these new faculty will be joining us shortly. I also wanted to take this opportunity to remind the Osgoode Community that Palma Paciocco, a previous faculty hire, will also be starting with us in July.

Please join me in welcoming these outstanding candidates to their new positions and to the Osgoode community.