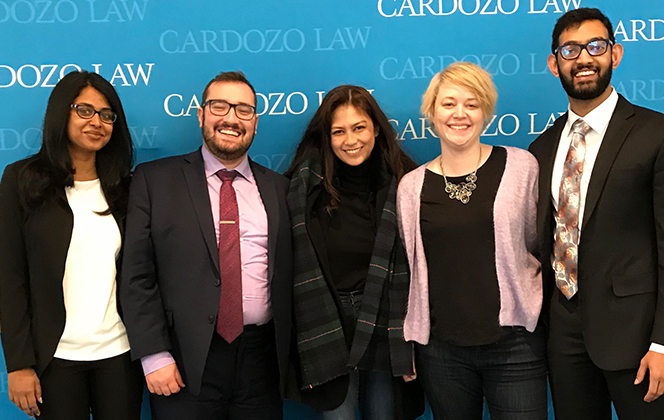 Osgoode Hall Law School was one of 43 teams from around the world that competed in the International Round of the Price Media Law Moot Court Competition, which was held the second week of April at the University of Oxford.

Osgoode’s team won all three of its preliminary matches and advanced to the octo-finals (top 16 teams), as well as the quarter-finals. The team “were excellent mooters and ambassadors for the Law School at this exciting and prestigious moot competition,” said their coach, Professor Jamie Cameron.