Skip to content
Home > Newsroom > JD student Angela Bain presented the Government of Canada’s questions and comments to the Government of Lesotho’s delegation on Jan. 22 at the 35th session of the Universal Periodic Review at the UN Human Rights Council in Geneva 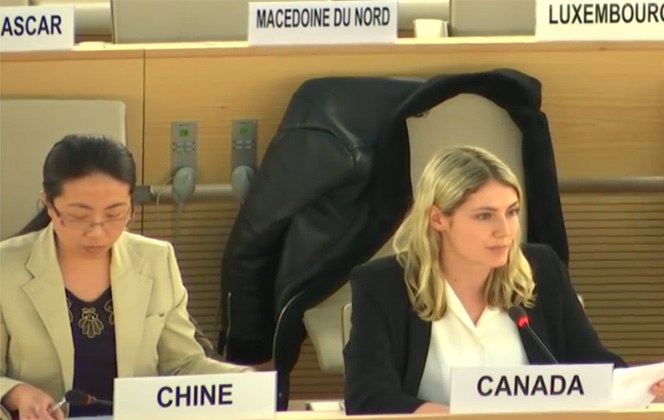 Bain is one of two ITLIP students placed as legal interns with Canada’s Permanent Mission to the United Nations in Geneva this term. (Another 14 ITLIP students have various other placements in The Hague, Arusha, Ottawa, Halifax and Toronto.)

Bain had been tasked by her supervisor with presenting the Government of Canada’s questions and comments to the Government of Lesotho’s delegation in a process known as the Universal Periodic Review in the UN Human Rights Council.

The Universal Periodic Review is a process whereby states submit reports across the range of international human rights obligations they have, then are questioned by other states on their report, and, finally, report back to the Council on their response to questions and suggestions (including sometimes making specific commitments on action they will take to improve the human rights situation on a given point).