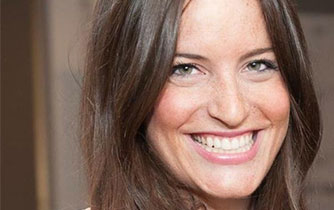 The award is given to a law student or young lawyer who exemplifies the concept of “Mentor.”  A Mentor is a person who is a role model for academic and/or professional excellence and community service, according to Aish Toronto spokesperson Shaindy Cohen Goldstein.

“A Mentor takes time to identify important community causes and passionately engages his/her talents and energy to address the issues, create solutions and implement strategies to have a positive impact,” Cohen Goldstein said.  “Kortney Shapiro is a Mentor for her law school peers and clearly is someone who will continue in the path of enthusiastically making a difference for her local community and beyond.”

Shapiro is President of the Osgoode Women’s Network (OWN) student club, which raised $3,760 from this year’s CIBC Run for the Cure and also organized a successful clothing drive, collecting gently-used professional clothing for Dress for Success.  OWN partnered with Goodmans LLP to coordinate the clothing drive and recruit other law firms to make clothing donations.