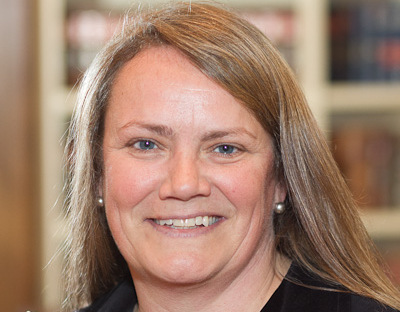 Kimberly Murray ’93 has been appointed Assistant Deputy Attorney General, Aboriginal Justice Division, Ontario Ministry of the Attorney General.  She will lead the development of new programs and services to support Aboriginal people in the justice system, and will be responsible for overseeing the government’s response to the Honourable Frank Iacobucci’s 2013 report, First Nations Representation on Ontario Juries.

Murray, a member of the Kanehsatake Mohawk Nation who is currently Executive Director of the Truth and Reconciliation Commission of Canada, will assume her new role on April 1, 2015.

Murray, who is Co-Director of Osgoode’s Intensive Program in Aboriginal Lands, Resources and Governments, brings many years of experience as legal counsel, leader and manager to her new position.  She previously worked as Executive Director for Aboriginal Legal Services of Toronto.  She is on the Board of the Association in Defence of the Wrongly Convicted, and she serves on both the City of Toronto’s Aboriginal Affairs Committee and the Law Society of Upper Canada’s Aboriginal Working Group.

Murray recently received the Guthrie Award from the Law Foundation of Ontario. In 2011, she received Osgoode’s Dianne Martin Medal for Social Justice and in 2009  the Access, Equity, Human Rights Award from the City of Toronto.