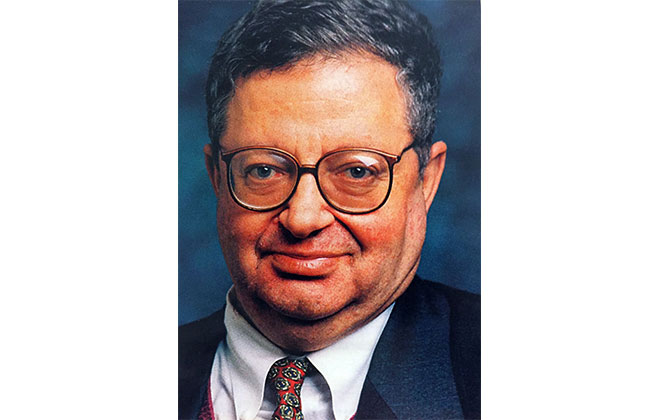 Dr. Han Yong Qiang, Research Fellow, Centre for Banking & Finance Law, National University of Singapore Faculty of Law,  provided this report in remembrance of the one-year anniversary on March 15, 2017 of the passing of Reuben Hasson, a leading Canadian scholar in insurance law and social assistance law who was a member of the Osgoode faculty from 1975 until his retirement in 2001.

“The late Professor Reuben Hasson was remembered at an insurance law colloquium held on November 30  and December 1, 2016 at the Faculty of Law, National University of Singapore and organized by its Centre for Banking & Finance Law. The colloquium involved insurance law academics from Australia, China, France, Germany, Japan, Singapore, Switzerland, the UK and the USA. It focused on the insurance law principle of utmost good faith (Uberrima Fides in Latin) and pre-contractual duties which were widely believed to be established in Carter v Boehm (1766), a landmark English case in insurance law. In 1969, Professor Hasson’s article “‘Uberrima Fides’ in Insurance Law – A Critical Evaluation” was published in The Modern Law Review.

Professor Hasson’s article is still as illuminating and relevant now as it was then. Based on both the idea of the colloquium project investigator and the subsequent advice of an anonymous reviewer of the book proposal thereafter, the article, if permitted, will be reprinted for the benefit of wider readership in the edited-book Pre-contractual Duties in Insurance Law across Legal Traditions: Carter v Boehm 250 Years on, which will be published by Hart Publishing in December 2017. In this way, it is hoped that Professor Hasson’s influence in insurance law will remain for a long time to come.”