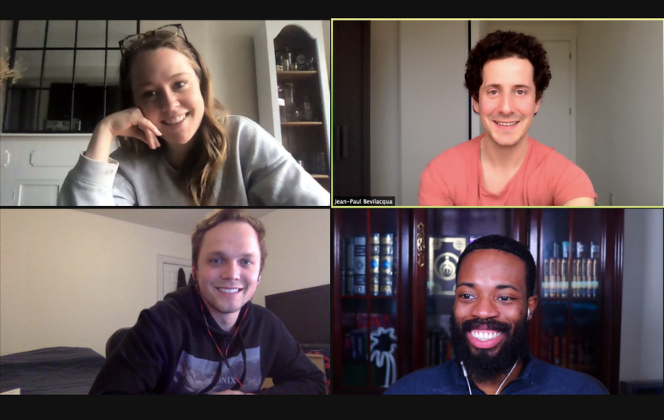 Osgoode had a fantastic showing at the International Academy of Dispute Resolution (IADR) International Law School Mediation Tournament the week of April 4, 2021. The competition, hosted virtually by the University of Georgia in Tbilisi, Georgia, had 40 teams from all over the world participating, with Osgoode being the only Canadian school represented.

Osgoode’s team of Jessie Armour, Joshua Harriott and Thomas Prentice competed in the first three preliminary rounds, making it to the semi-finals in both Mediator and Client-Advocate categories, progressing then to the finals as Client-Advocate.

Coach Jean-Paul Bevilacqua described the victory as “a truly shocking result, in the best possible way, and a testament to the students’ hard work, efforts and commitment to the process.”

Bevilacqua, who is Assistant Director of the Winkler Institute for Dispute Resolution at Osgoode, noted that supplemental coaching was provided by Osgoode alumni and former competitors Robert MacKenzie, Karen Mann and Adam Voorberg.

As a winner’s prize, the entire Osgoode team will receive full scholarships for a Master’s degree in International Business Law at the host university.  In addition, the team received the Peacemakers Prize from the U.S. Embassy in Georgia.

“I am so proud of this team as they capped off an extraordinarily impressive year for Osgoode’s advocacy/ADR teams which started way back in the fall with the internal Dentons Negotiation Cup, supported by the Osgoode Advocacy Society and the Winkler Institute,” Bevilacqua said.