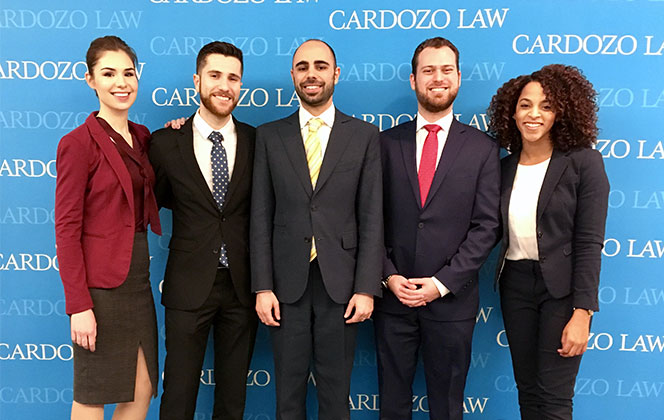 Osgoode’s Price Media Law Moot Court team performed strongly in the preliminary rounds at Cardozo School of Law in New York City on January 26 and secured a berth in the quarter finals, where they were narrowly defeated by the team that went on to secure the Americas Regional Rounds championship title. Nonetheless, Osgoode’s total points earned the team an invitation to the International Competition, to be held at Oxford University in April 2017.

“The team brought their ‘A’ game to New York and demonstrated grace, knowledge and professionalism at all times,” Bhabha said.  “Mooting against teams from the US, Brazil and the Caribbean, and being the only Canadian team at the competition (to the best of our knowledge), Osgoode continues to make its mark on mooting at the international level.”