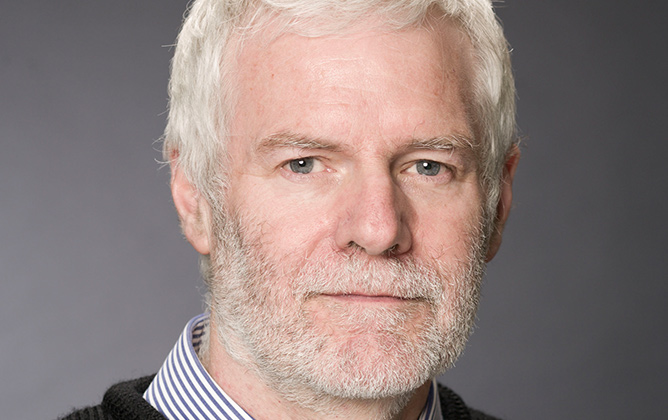 Professor Emeritus Douglas Hay is one of 89 new Fellows elected to the academies of the Royal Society of Canada (RSC). It is the highest honour a scholar can achieve in the Arts, Humanities and Sciences. Fellows are elected by their peers in recognition of outstanding scholarly, scientific and artistic achievement.

Hay and this year’s other new Fellows will be inducted to the academies of the RSC during the Induction and Awards Ceremony on Friday, November 18, 2016 at the Isabel Bader Centre in Kingston, Ontario. He joins several other Osgoode professors who have been elected previously to the RSC including Harry Arthurs, Jean-Gabriel Castel, Peter Hogg, Allan Hutchinson, John McCamus, Kent McNeil, Liora Salter, Brian Slattery and Sharon Williams.

Hay’s nomination citation states that he “has made a unique contribution both to the legal historiography of England and its former colonies and, more broadly, to interdisciplinary socio-legal scholarship in Canada. He combines a comprehensive approach to source materials with innovative methodology and a broad understanding of law’s relationship to society. A prolific scholar, enthusiastic collaborator and generous mentor, he has influenced countless colleagues, students and professional peers in both law and history.”

Hay was cross-appointed to Osgoode Hall Law School and York’s Department of History from 1981 until his retirement in September 2015. He taught the comparative history of criminal procedure, punishment, and crime, and the history of private law in the common law world. A frequent guest lecturer, he is also the author of numerous books and articles on the history of English and Quebec criminal law; history of criminal procedure; social history of crime; judicial biography; courts and their political significance; and the history of employment law. He has served on the boards of the Canadian Historical Review, Law and History Review, the Law and Society Association, and the American Society for Legal History, which elected him an Honorary Fellow in 2013.

Founded in 1882, the RSC comprises the Academies of Arts, Humanities and Sciences; in addition to Canada’s first national system of multidisciplinary recognition for the emerging generation of Canadian intellectual leadership, The College of New Scholars, Artists and Scientists. Its mission is to recognize scholarly, research and artistic excellence, to advise governments and organizations, and to promote a culture of knowledge and innovation in Canada and with other national academies around the world.