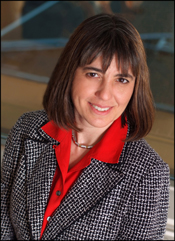 While a student at Osgoode, Susan Vella ’86 was a student leader at Community and Legal Services Program (CLASP). This award was created to mark a milestone birthday. The award’s intent is to recognize a law student’s demonstrated commitment to advocacy in the areas of sexualized misconduct and/or domestic violence, including representing the interests of survivors of sexualized misconduct and/or domestic violence, and defending the rights of those alleged to have committed those forms of abuse.

As a lawyer, Susan was a pioneer in developing the area of civil liability for sexual abuse in Canada. She was counsel on several landmark civil cases, authored many articles and co-authored a textbook (Civil Liability for Sexual abuse and Violence in Canada, 2000), and served as counsel to various public inquiries and a provincial Task Force involving issues of sexual and other forms of violence.

The Susan Vella Social Justice Award will be awarded to a second or third year J.D. student who (i) demonstrates an interest in the delivery of legal services to low and/or marginalized populations in the areas of sexualized misconduct and/or domestic violence, such as by participation in Osgoode clinics such as CLASP, the Feminist Advocacy: Ending Violence Against Women Clinical Program, or Parkdale Community Legal Services, (ii) high academic achievement (minimum of B average), and (iii) demonstrates financial need.

Donate to the Award›