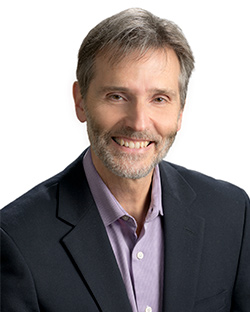 Philip Girard joined the faculty of Osgoode Hall Law School on July 1, 2013. He had previously visited Osgoode as the James Lewtas Visiting Professor in 1993-94 and 2011-12. Professor Girard is one of Canada’s most distinguished legal academics and legal historians. In 2011, he was made an honorary fellow of the American Society for Legal History, the first Canadian to be so recognized, and in 2021 was elected as a Fellow of the Royal Society of Canada.

Prior to joining Osgoode, he was University Research Professor, and Professor of Law, History & Canadian Studies at Schulich School of Law, Dalhousie University.  At Dalhousie, he served as the Law School’s Acting Dean, 1991-93, and Associate Dean (Graduate Studies and Research), 2002-06. In 2010-11 and 2017-18, he was Visiting Scholar, Centre for Criminology & Sociolegal Studies, University of Toronto. He enjoys a richly deserved reputation for collegial and professional service including service as Chair, Law, Criminology & Socio-legal Studies Adjudication Committee, Social Sciences & Humanities Research Council of Canada, 2008-11, and President, Canadian Association of Law Teachers, 2003-04.

He is also editor (with Jim Phillips) of two collections on Nova Scotia legal history: The Supreme Court of Nova Scotia, 1754-2004: From Imperial Bastion to Provincial Oracle  (2004), and Essays in the History of Canadian Law: Volume III, Nova Scotia (1990), both published by the University of Toronto Press for the Osgoode Society. Professor Girard is the author of numerous refereed journal articles and book chapters, and is Associate Editor of the Osgoode Society for Canadian Legal History.