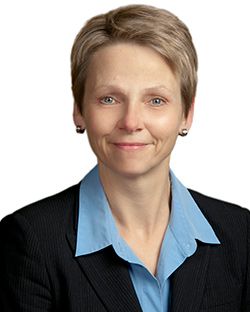 On faculty at Osgoode Hall Law School since 1996, Philipps has published widely on topics such as registered savings plans, tax expenditures, income splitting and family taxation, balanced budget laws, judicial approaches to tax law, taxes and disability, and charitable donation tax incentives. In her scholarship and in the classroom, she explores the basic values and policy choices at play in designing a fair and efficient tax system.

Professor Philipps has provided commissioned research and advice to a number of bodies. In 2015 she was appointed as Special Counsel to Ontario’s Ministry of Finance. She practised tax law with the firm of Blake, Cassels & Graydon prior to embarking on her academic career, and taught at the Universities of Victoria and British Columbia before joining York University.

She has held a number of leadership roles at the Law School and University levels, most recently as Interim Dean of the Bora Laskin Faculty of Law at Lakehead University (fall 2015), and Associate Vice-President Research at York University from 2011-14.  She is currently serving a five-year term until June 30, 2022 as York’s Provost and Vice-President Academic. An active volunteer, she serves as Director of Research Policy on the Board of the Federation for the Humanities and Social Sciences, a national non-profit organization. She is also appointed as a member of the Provincial Judges Pension Board.

Professor Philipps received her LLB from the University of Toronto and her LLM from York University. She was called to the Bar of Ontario in 1988.

“Ontario the Indebted”, panellist on TVO’s The Agenda with Steve Paikin”, September 20, 2016.

“The principal-residence exemption is a fixable piece of the housing puzzle”, The Globe and Mail, September 16, 2016.

“We need Canadian courts to uphold the spirit of our tax laws”, The Globe and Mail, June 3, 2016.

“Registered Savings Plans and the Making of the Canadian Middle Class: Toward a Performative Theory of Tax Policy” (2016) 84:6 Fordham Law Review (forthcoming).

“Real versus Notional Income Splitting: What Canada Should Learn from the US ‘Innocent Spouse’ Problem” (2013) 61:3 Canadian Tax Journal 709.