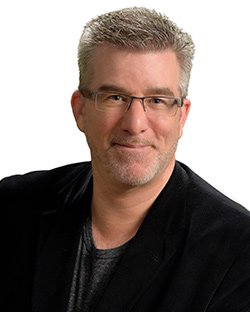 As of July 2021, Professor Craig Scott is serving as the Associate Dean (Academic) of Osgoode.

Professor Scott’s teaching and research have been primarily in the fields of public international law and private international law, with a focus on the place of international human rights law in both of these fields. His most recent work draws on all three of these fields, including in the areas of human rights torts across borders, transnational corporate accountability and transitional justice.  He has also written on constitutional rights protection in Canada and abroad. Much of his work has been on the theory and doctrine of economic, social and cultural rights. His work and teaching is strongly influenced by his interests in legal theory and in policy responses to globalization. He is series editor of Hart Monographs in Transnational and International Law, and is Founding Editor of Transnational Legal Theory.

Professor Scott has sought to create productive linkages between his academic work and various external commitments, particularly engagement with civil society. On the Canadian scene, he was one of the drafters of the Alternative Social Charter put forward during the Charlottetown constitutional round. He has been closely involved in advising equality-seeking, notably anti-poverty, groups on Canadian Charter of Rights litigation and on preparing interventions before various UN human rights bodies on Canada’s record of treaty compliance. He has been involved in appeals or interventions in the Supreme Court of Canada in major cases which have dealt with the interface of international law and Canadian law (Pushpanathan, Reference re Secession of Quebec, Baker). He advised in the formulation of the statement of claim in the civil lawsuit of Maher Arar against the Government of Canada and provided an expert report on Arar’s travel security during the settlement process.

Professor Scott was closely involved in the development of key aspects of the current South African constitution, beginning with his role advising the African National Congress on these matters while the ANC was still in exile. In 1993-1994, he served as co-counsel for the government of Bosnia in a case before the International Court of Justice, with responsibility for developing arguments on the limits of the powers of the UN Security Council. He has given academic opinions on international law to various governments and international organizations on issues related to such matters as the law of the sea, territorial claims and adjudicative procedures; he has also given opinions to non-governmental organizations and aboriginal government representatives on matters ranging from the legality of economic sanctions on Iraq to inland fisheries jurisdiction to transfer of environmental technology to counter global climate change. More recently, he was heavily involved with the London-based Sri Lanka Campaign for Peace and Justice and with the civil-society truth commission in Honduras known as the Comisión de Verdad, on which he served as a Commissioner.

Professor  Scott was a member of the Faculty of Law, University of Toronto, from 1989 to 2001. He joined Osgoode Hall Law School in 2000 following a term as a Jean Monnet Fellow at the European University Institute in Florence.  From 2001 to 2004, he was Osgoode’s inaugural Associate Dean (Research and Graduate Studies). During the 2010-2011 academic year, he was an Ikerbasque Fellow with the Basque Government’s Foundation for Science, based in Bilbao at the Universidad de Deusto. He was Director of the Jack and Mae Nathanson Centre on Transnational Human Rights, Crime and Security from 2006 until the end of 2011.  He served in 2020-21 as the Graduate Program Director for Osgoode’s PhD and research-stream LLM programs.

Prior to starting his academic career, Professor Scott served as law clerk to the former Chief Justice of the Supreme Court of Canada, Brian Dickson. He attended the Universities of Oxford and London on a Rhodes Scholarship.

From March 2012 to October 2015, he served as Member of Parliament for Toronto-Danforth in Canada’s House of Commons, and was the New Democratic Party’s Official Opposition Critic for Democratic and Parliamentary Reform. Currently, Professor Scott serves on the Panel of Senior Advisors to the Auditor General of Canada.

Graduate Research Supervision (LLM, PhD): Apart from possible interest in supervising in any area of past scholarship, Professor Scott is most interested in supervising theses or dissertations in the following areas of current research interest:

2. Intersections between law and political theory in relation to transforming the responsiveness of institutional democracy and government policy-making to various forms and manifestations of social knowledge and social initiative, especially in the context of responses to climate change.

3. Legal history -- national, transnational, comparative -- on the role of military judges in wartime and civilian judges in authoritarian regimes, most especially in the context of France/Germany in World War II and with special interest in historicizing ethical dilemmas, philosophies of judging, and concepts like honour and loyalty.

Professor Scott is unlikely to be available to supervise new students during his tenure as Associate Dean (Academic), which is expected to end June 30, 2025.