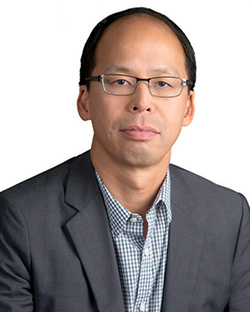 Robert Wai has been a member of the faculty at Osgoode Hall Law School since 1998, where he researches and teaches in various areas of international economic law including International Trade Regulation and International Business Transactions. His teaching has also included Contracts, Ethical Lawyering in a Global Community, and Law and Economic Relations.  He has served in a number of governance roles including as Associate Dean, as a member of the Osgoode Hall Faculty Association executive and the Board of Trustees of the York University Pension Plan, and as chair of Faculty Council and a number of its standing committees.

Professor Wai has been a Jean Monnet Fellow and Fernand Braudel Senior Fellow at the European University Institute in Florence, Senior Visiting Fellow at the London School of Economics, and a visiting professor at other international institutions including the University of Hong Kong, Sciences Po Law School in Paris, and Brown University. Since 2010 Professor Wai has served on the Academic Council of the Harvard Law School Institute for Global Law and Policy (IGLP) and as a regular core faculty at its workshops. Professor Wai graduated with a BCom in economics from McGill University (Beatty Gold Medalist), and an MPhil degree in international relations at Oxford University as a Rhodes Scholar. After completing an LLB from the University of British Columbia, he clerked at the Supreme Court of Canada for Justice Gérard La Forest, and worked at law firms in Vancouver and New York.  He completed his doctorate at Harvard Law School, where his dissertation critically examined structures of policy argumentation in private international law.

Professor Wai’s research explores how the contemporary global economy is constituted and regulated by plural regimes of transnational law including public and private law, domestic and international law, substantive and procedural law, and state and non-state norms. In 2019, he was the Donald Mawhinney Lecturer in Professional Ethics at UBC, and in the summer of 2021 he will deliver a course on Liberalism and Private International Law at the Hague Academy of International Law.