Skip to content
Home > Newsroom > Research findings in Professor Aaron Dhir’s book on homogeneity of corporate boards cited in report by influential and respected agency of the U.S. Congress 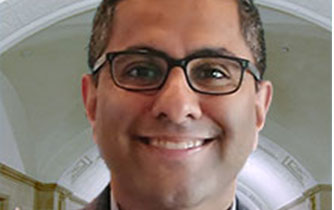 The report was prepared at the request of Congresswoman Carolyn Maloney, the Ranking Member of the U.S. House of Representatives Subcommittee on Capital Markets. The report not only cites the research findings in Dhir’s book, but Maloney urges the U.S. Securities and Exchange Commission (SEC) to update its existing diversity disclosure requirements in a manner consistent with Dhir’s recommendations. In her letter to the SEC Chair, dated Jan. 5, she makes direct reference to the research findings in Dhir’s book:

“While well-intentioned, the enhanced proxy statement disclosure for board diversity adopted in 2009 has proven inadequate to increase the representation of women on corporate boards. Indeed, researchers have found that among the S&P 100 only about half of these disclosures referenced gender. In fact, most of these companies—the largest and most well-resourced in our country—disclosed that they lack a formal diversity policy for their board.”

Read Maloney’s press release/letter to the SEC and the GAO report.