Skip to content
Home > Newsroom > Adjunct Professor Faisal Kutty included in 2014-15 edition of “The Muslim 500: The World’s 500 Most Influential Muslims” 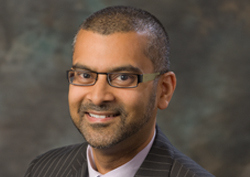 Adjunct Professor Faisal Kutty was included in the 2014-15 edition of The Muslim 500: The World’s 500 Most Influential Muslims released recently by the Royal Islamic Strategic Studies Center, an internationally respected think tank based in Amman, Jordan.

This is the fifth year in a row Kutty has been selected for inclusion for the impact of his social and legal work.

This year he was also invited to contribute an article on the anti-foreign law/religious law legislation introduced in various states. His article titled Judicial Jihad and the American Way appears on page 238 and can be accessed here.