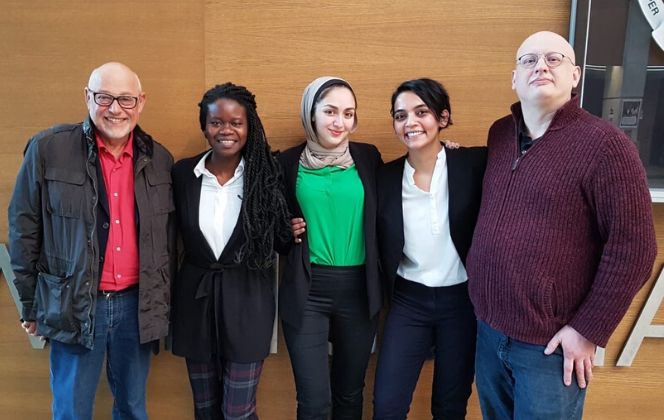 Nusra Khan ranked third in the over-all preliminary round as a prosecution oralist, and Deborah Olatunbosun came second as a Government oralist.

As a result, Team Osgoode was one of two teams that were supposed to go on to represent Canada (the other team being University of Ottawa) at the ICC finals against 65 other teams from about 50 countries at The Hague in early June. Unfortunately, the event had to be cancelled due to the pandemic.