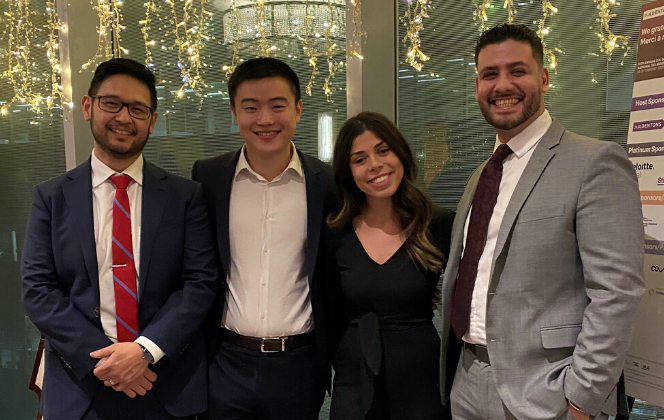 Only the top four teams, out of the field of 34 teams this year, advanced to the semi-finals. One of Osgoode’s teams missed out on advancing by less than a margin of one per cent , and the other team was just two per cent off.

Beyond celebrating the Osgoode teams’ exemplary performances, there was extra cause to cheer at the end of the competition because one of the team members, Changhai Zhu, was awarded best advocate.

“He was an absolute standout during the competition,” said Thang Trieu, “and there was an amazing and dedicated team around him to make it possible.  This remarkable success speaks to the quality of the faculty and students at Osgoode, and its tax program.”

Incredibly, this is the second year in a row that Osgoode has taken home the best advocate prize at the moot, and the third time in the last five years.