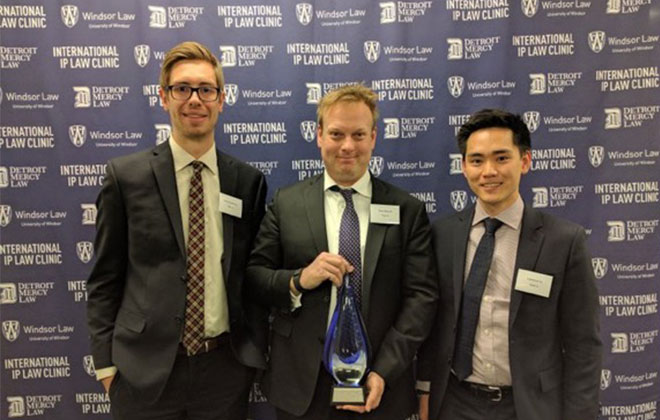 Hosted by the University of Detroit Mercy School of Law, Windsor Law, and the U.S. Patent and Trademark Office, the competition saw Team Osgoode make it to the final round where they tied with Saint Louis University (SLU) on final scoring.  In the sudden death round, they lost to SLU by only one point.

Competitors from 10 law schools from across the U.S. and Canada presented their patent applications in front of patent examiners, practitioners and several judges.

Team Osgoode was coached by Ken Bousfield and Nicholas Aitken of Bereskin & Parr LLP and generously sponsored by the firm.