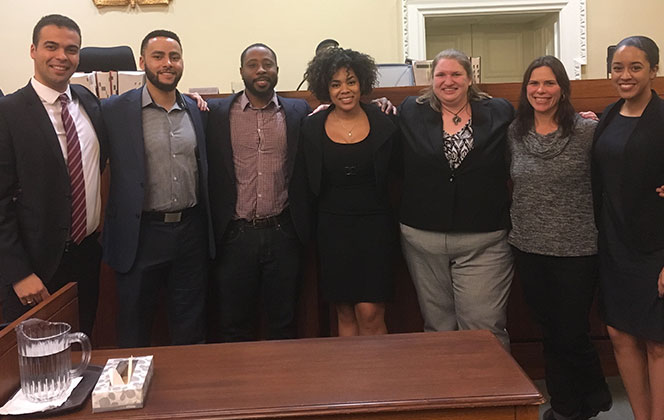 Osgoode mooters have claimed the 2017 Julius Alexander Isaac Diversity Moot championship!  The competition was held in Toronto during the first weekend of February.

The pair of Reddick and Hue argued in the finals before a panel of judges that included Justice Irving Andre and Justice Kofa Barnes. When it was over, they had defeated the University of Toronto and were crowned champions.  in addition, Reddick won the Best Oralist prize.