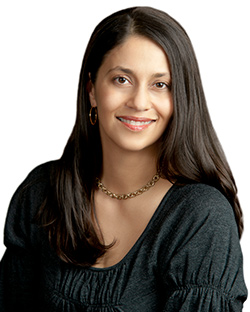 Professor Sonia Lawrence joined Osgoode’s faculty in 2001. She graduated from the University of Toronto’s joint LLB/MSW program, went on to serve as law clerk to Chief Justice Beverley McLachlin of the Supreme Court of Canada, and pursued graduate work at Yale Law School. Her work centers on the critical analysis of legal conception of equality.

Over the course of her career she has held a number of service positions at Osgoode and York including Assistant Dean of First Year,  Director of Osgoode’s Graduate Program,  Director of the Institute for Feminist Legal Studies, and membership on York’s Senate Executive Committee.  She currently serves on the Board of the Canadian Association of Law Teachers.  Professor Lawrence teaches Constitutional and Public Law, as well as a seminar in race and law.

Graduate Research Supervision (LLM, PhD): Professor Lawrence is currently holding a grant that considers issues of professionalization & identity in the lives of Indigenous lawyers in Canada, and would be particularly interested in candidates with related projects. She also works on Canadian constitutional law, particularly although not exclusively in relation to section 15 equality rights, the relationship between law & social change, and bringing anti-racist feminism to law and legal inquiry.

Professor Lawrence is willing to read preliminary proposals from strong students in the areas of interest listed, and comment on interest in supervision prior to submission of an official application.

Note: Professor Lawrence will be on sabbatical from June 2022 to June 2023.