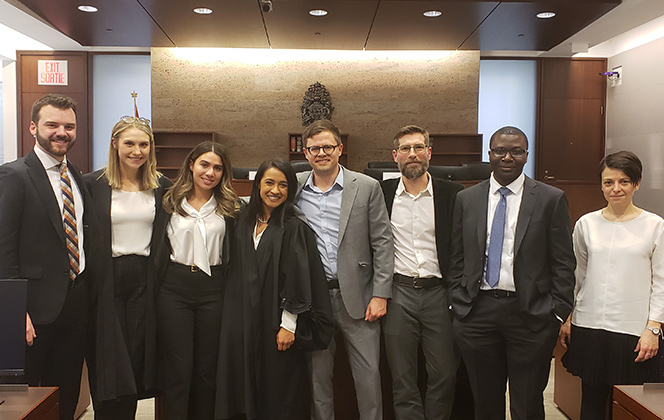 The Davies moot is unique in that each mooter is required to moot once as appellant and once as respondent during the two days of rounds. The timelines are also very tight, with the competition taking place a mere two months after the problem is released. Having faced stiff competition in each round before some very active benches, the team advanced to the final round, where they appeared before a bench consisting of Justice Kathy Feldman of the Ontario Court of Appeal, Justice Jessica Kimmel of the Ontario Superior Court of Justice, Justice Siobhan Monaghan of the Tax Court of Canada, Ontario Securities Commission Vice-Chair Tim Mosley, and former OSC Chair David Brown.

This is the second consecutive year that the Osgoode team has advanced to the final and placed second overall in this national competition.